Hookup is a pretty cool new sling attachment point from a company called Mission Adapted Design. Instead of removing the End Plate and replacing it with a new Sling Attachment End Plate the Hookup actually clamps right onto the buffer tube in between the castle nut and the butt-stock. The Mod-Free design is important for one reason. Many of us take for granted that we have the right and ability to totally customize our own rifles to make them work and feel however suits us. However, most Law Enforcement Officers are restricted by their departments as to what, if any, modificati0nns they can make to their duty weapons.

The main idea was to come up with a sling mount that doesn't require you to take the rifle apart. Works like a charm for those of us behind enemy lines with pinned stocks. Mounts directly to the receiver extension tube with no special tools or weapon disassembly required.

During entry use and drills, the testers found it allowed them smoother transitions and the mount wouldn't rotate no matter how hard they ran their rifle. It's CNC machined from ordinance steel and Melonite finished. You can find full specs and info here: Register or Log In to remove this Ad!

Sponsored Links Remove Advertisements. Is that a Magpul 3rd generation sling? If there's no such thing as trolls, how do you explain all the dead unicorns?

Yes, that's the MS3. It's a major improvement over their MS2. I've been using this quite a bit to test out with the Hook Up and so far it's proving to be an excellent sling.

It's likely a no-go on the ACE. The manufacturer lists the weight at 1.

For LE or Mil issued carbines, regulations typically prohibit the removal of the such parts and the MAD requires no permanent modification to the weapon, so it's more likely to get the stamp of approval by the armorer or chain of command. Installation took all of about two minutes on a Colt carbine, with a mil-spec receiver extension.

The manufacturer indicates it will also work with a commercial receiver extension. The wide loop on the bottom of the mount allows the sling hook to slide to either side without catching on anything, making transitions to the opposite side easier. I was initially concerned that the bottom loop would protrude excessively and possibly interfere with manipulations, but I did not find that to be the case. 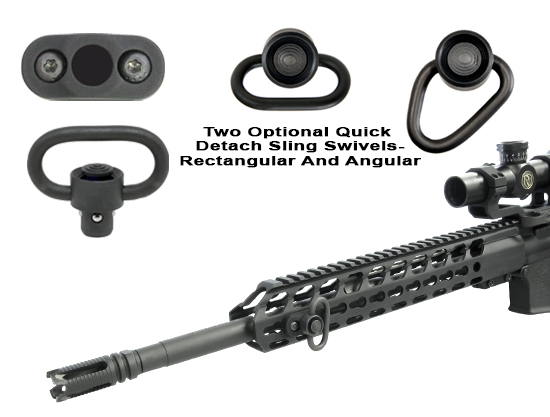 However, my left middle finger did occasionally contact the left side of the upper half of the mount, when operating the changing handle. This did not induce any malfunctions. The mount does prevent the stock from locking into the closed position, but I typically run my stock one click out from closed. This was one of those parts that I wasn't really sold on at first, but then after spending some time with it, I've decided it will be staying in place on the Colt. With that said, I did wonder if the part could be slightly downsized, without compromising function.